How to Embed Microsoft Office files on Your WordPress blog | Embed Word, PowerPoint, Excel, and OneNote in WordPress 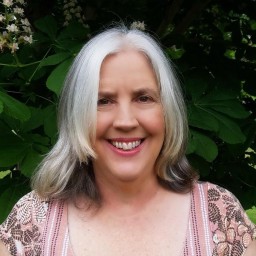 There’s a really cool feature in OneDrive that enables you to embed various file types, such as Microsoft Word, PowerPoint, Excel, and OneNote on your blog or website. I’m going to demonstrate this in WordPress, but it will work in a similar way on other blogging platforms.

To use the method I’ll demonstrate, you either need to create the files you want to embed on your blog in OneDrive, or you need to upload them to OneDrive. Go here to get started with OneDrive. Once you get there, sign into your Microsoft account. If you don’t have a Microsoft account, you can set one up for free.

Create Your Files in OneDrive

It’s really easy to create PowerPoint, Word, Excel, and OneNote files in OneDrive. Just go to New, and then select the file type you want to create. If you have a file that you created that is not yet in OneDrive, you can upload it to OneDrive. Once you’ve either created the file or uploaded it, you’re ready to take the next steps. For demonstration purposes, I’m going to embed files that are already uploaded to my OneDrive account.

We’ll start with a Word document.

First, select the file and then click on, “embed.” Once you do that, you’ll notice that it says, “Generate HTML code to embed this file.” Click on “Generate” and then copy and paste the code into your blog. Make sure to select the text tab rather than the visual tab and paste the code into the text side. Save the draft, and then preview the post.

A Couple of Problems with the Default Embed Settings in OneDrive

A problem with the default settings is that you have to scroll from left to right to see the entire document. Thankfully, fixing that is easy. Here’s how. First, hover over where it says the percent. By default it says 75%, and you can see that it says, “Zoom Level. Click to open the Zoom dialog box.” Once you click on that, you’ll see there are widths to choose from. I like choosing “Page Width.” Once you select the width, click on OK. Here’s a comparison of how embedded Word documents look, based on two different zoom level settings. Increasing the Embed Size of Your OneDrive Documents

By default, the dimensions of the Microsoft Word embed are 476 pixels wide and 288 pixels high. You can change the dimensions inside of the text editor as shown in the image below. Now you can see the original one that is small and also requires scrolling, and you’ll see the one that I adapted, that I made the page width and also made it bigger.

The process is very similar in other Microsoft Office apps that are stored in OneDrive, so I’ll just give you a few highlights.

Embedding PowerPoint Presentations on Your Blog One thing that I love about PowerPoint is that if you scroll through the slides, or the user does, if there are animations, the animations will play in the embed. You can also embed audio files that can be clicked on and played when people scroll through your embedded PowerPoint slideshow.

Embedding an Excel Spreadsheet on Your Blog

One thing that is unique to Excel is that there is a bit more flexibility with the embed settings inside of OneDrive.

When you click on “Generate” to get the embed code for Excel, you get all of the options pictured above. One of the most important options is the ability to uncheck “include a download link.” Unfortunately, at this time PowerPoint and Word can both be downloaded by anyone, as there is no way to turn off that option for them. Excel is currently the only one that allows you to restrict downloads. Hopefully the same option will soon become available for Word and PowerPoint as well.

Embedding a OneNote Notebook on Your Blog

I have to be honest. I was terribly disappointed by the OneNote embed option. It doesn’t function at all like the other Microsoft Office OneDrive apps. No matter how much you try to adjust the size, you end up with a tiny thumbnail that looks like this: It’s also not actually embedded in the same way as Word, PowerPoint and Excel. It simply links to the notebook. Between the small size and the lack of actual download, I consider the OneNote embed option a fail. Hopefully there will be improvements to it in the future, but as it stands right now, it’s pretty useless.

So there you have it. You now know how to easily embed Microsoft Office files on your blog.

By the way, to get the most out of Microsoft Office and OneDrive, I highly recommend an Microsoft 365 subscription.